Sydney Webb: The parasites should not be allowed to compete as wage-earners, for it prevents natural selection from working…

The Jaffe Memo and Eugenics

After World War 2, it became unwise to advocate for eugenics openly.  However, since eugenicists believed that they were only extending scientific principles, and felt that they stood on the bedrock of Darwinian truth, they could not just abandon the program.  They explicitly took to covert means of advancing their agenda, and, deprived of coercive measures, took to persuading people to ‘voluntarily’ inflicting eugenics thinking on themselves, and have people think it was their own idea, all along (voluntary unconscious selection).  The natural home for these efforts was ‘family planning.’  The ‘compelling issue’ transformed from racial purity to  ‘Over-population.’  Today the ‘compelling issue’ is ‘Climate change.’  Tellingly, ‘family planning’ is put forward in each and every ‘crisis’ as the solution to otherwise intractable problems.  The ‘people’ will draw the right conclusions.

In the so-called “Jaffe Memo” we see exactly the sort of programs the eugenicists turned to.  Look closely; they are not all that different than what the eugenicists had proposed decades earlier.  Indeed, some of them are exactly the same.  That should not surprise you, given that the people involved in coming up with the ideas contained in this ‘memo’ were almost in every case ‘recovering’ eugenicists.

More information and background on this memo can be found here, where it can also be downloaded as a PDF. 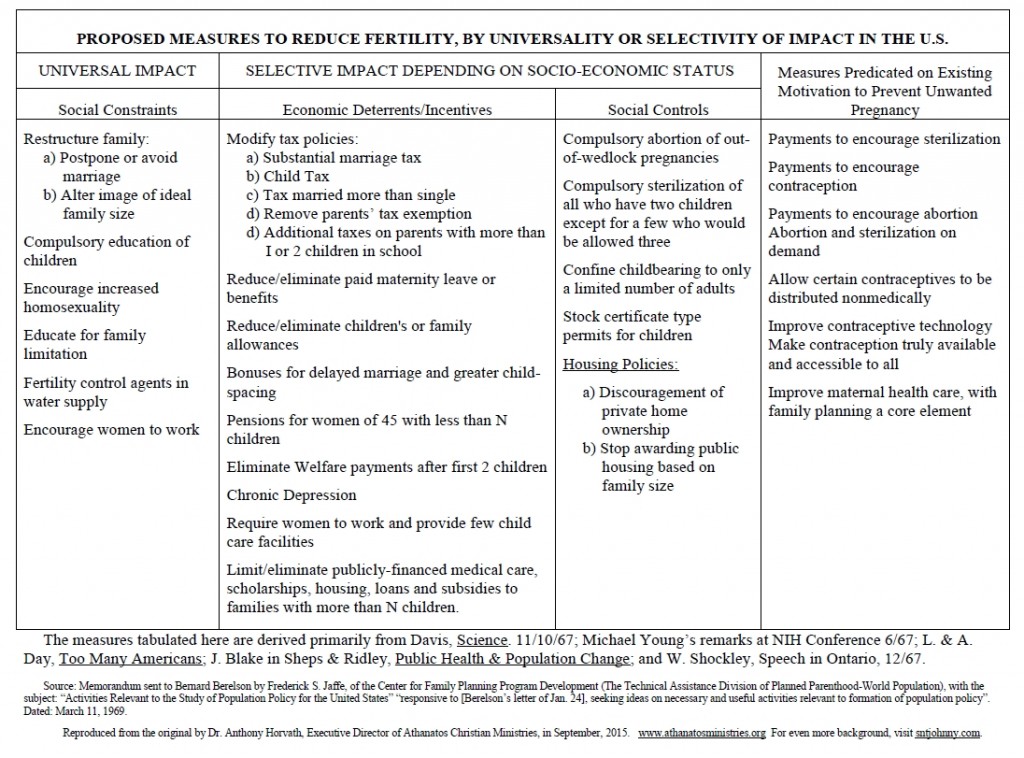